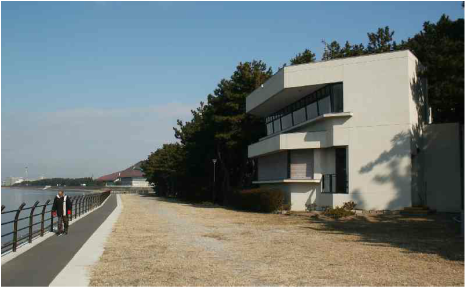 By November 7th, good numbers of ducks have begun to filter into the Kisa/Nagara River area on the border of Aichi/Mie/Gifu—Mostly Mallards and Tufted Ducks with good numbers of Common Pochards and Common Teal, with a few Eurasian Wigeon and Northern Shovelers. No Baikal Teal or Bewick's Swans, though many ducks present on that date were missed. Two observations of note were 26 Pacific Golden Plovers in a field in the area and 25 Common Coot feeding in an inlet (I had not observed this species at this locale before). Two earlier winter firsts near my apartment in Nisshin-shi, Aichi: On October 23rd, I observed my first Daurian Redstart and on November 12th I heard my first Dusky Thrush. Also, wagtail (Black-backed, Japanese and Grey) activity has greatly increased over the past couple of weeks near the stream by my apartment.

Araike in Nagoya was a pleasant surprise on December 22nd. In addition to about 20 Mandarin Duck (I didn't see any at this location last year), several Falcated Teal (no observations last year), and about 30 Smew (a sizable increase from last year; 2 were males), the numbers of remaining waterfowl were similar to last year (Mallard, Spot-billed Duck, Eurasian Teal, Northern Shoveler, Common Pochard, and Tufted Duck, all represented in small numbers). Also observed this year but not last year included Long-tailed Rosefinch and Common Reed Bunting. I was also surprised to find other birders during my visit. Apparently, a Northern Goshawk has been hanging around the pond, though it didn't make an appearance during my visit.

At NAGASHIMA between the Kiso and Nagara Rivers on January 4th there were: Great Crested Grebe (common), Great Cormorant, Grey Heron, 3 Tundra Swans (2 adults, 1 sub-adult), Mallard, Spot-billed Duck, Common Teal, Eurasian Wigeon, Northern Pintail (common), Northern Shoveler, Common Pochard (common), Tufted Duck (common), Greater Scaup (common), an immature Northern Goshawk, a couple of Eastern Buzzards, an Eastern Marsh Harrier, several Vega Gull, several Black-headed Gull, Grey-headed Lapwing, Northern Lapwing, as well as the common passerines (Japanese Skylark, Common Reed Bunting, Dusky Thrush, Fan-tailed Warbler, Meadow Bunting, Rustic Bunting—all seem to be common here this time of year). What I didn't see were Baikal Teal, though their absence may easily have been due to the fact that I didn't have a scope (most of the time that I've seen them here, a scope has been required, since they tend to gather a distance from the river banks at this locale). I feel as if I'm not seeing the numbers of Dusky Thrush that I did last year, also.

I also had a new 'yard bird': Common Snipe in the small stream by our apartment in the middle of the day resting on a mud bar. Unexpected this far into the city.